The meaning of relativity By A.Einstein Book PDF

The meaning of relativity By A.Einstein Book PDF

This book, originally published in 1922, consisted of the text of Dr. Einstein’s Stafford Little Lectures, delivered in May 1921 at Princeton University For the third edition, Dr. Einstein added an appendix discussing certain advances in the theory of relativity since 1921. To the fourth edition, Dr. Einstein added Appendix II on his Generalized Theory of Gravitation. In the fifth edition the proof in Appendix II was revised.In the present (sixth) edition Appendix II has been rewritten. This edition and the Princeton University Press fifth edition, revised (1955), are identical. 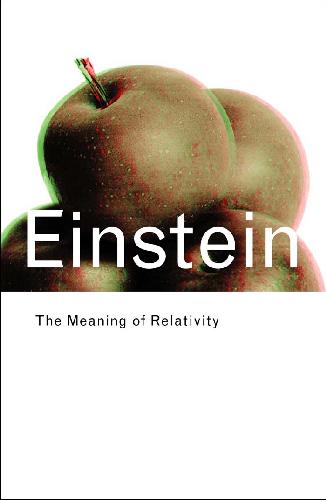