Scientists Have a Plan to Use the Whole Planet as...

To reach the closest star system, even at the speed of light, would take more than four years.

Escaping a solar system is obviously much easier said than done. However, a recent study appearing in the International Journal of Astrobiology, which was picked up by Universe Today, suggests that an evolved society could be able to achieve just that by employing the entire planet as a huge spaceship. 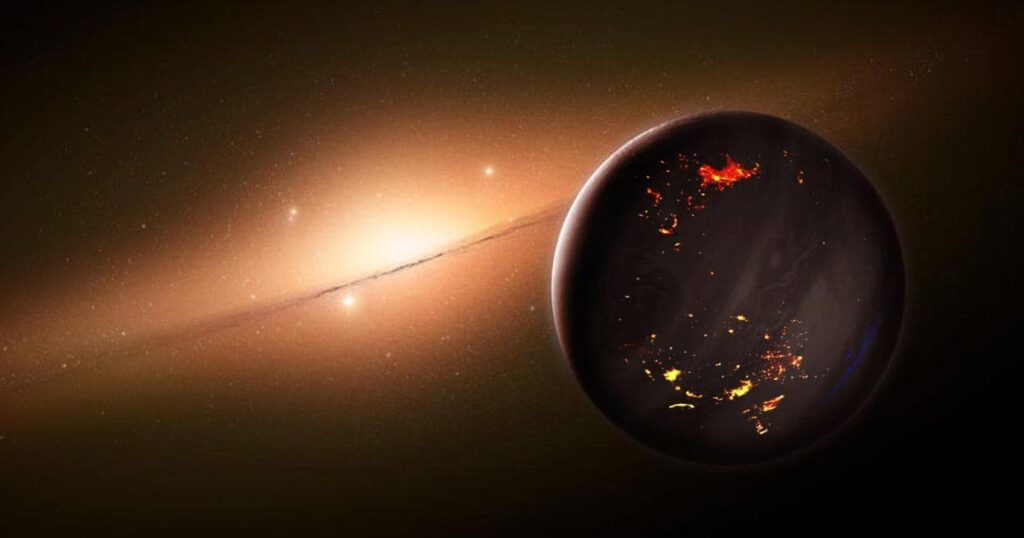 In other words, a rogue planet may serve as a lifeboat, enabling a civilisation to leave its old host star behind, claims Houston Community College professor Irina Romanovskaya.

I suggest that alien civilizations might travel between stars using free-floating planets in order to access, investigate, and colonize planetary systems, according to Romanovskaya.

By scattering rogue planets with livable underground seas around the galaxy, nature may have unintentionally accomplished its goal. The Oort Cloud, a region that surrounds our solar system and is thought to be home to small, ice planets, has long been a source of speculation for astronomers.

Romanovskaya suggests that if we controlled such a world, it might offer everything required to make the arduous trek.

The astronomy expert hypothesizes that sophisticated civilizations may have previously created technology like fusion reactors to make such a planet livable if it were uninhabitable or too dark.

Romanovskaya suggests that “cosmic hitchhikers” may one day exploit things like Sedna, a dwarf planet in our distant solar system with an erratic orbit, as a route of emigration.

The center of a rogue planet, however, may ultimately run out of heat and be unable to support seas of liquid water (assuming such oceans exist), according to Romanovskaya.

Additionally, they would be quite far from any other resources necessary for a civilization to survive.

Therefore, Romanovskaya writes, “extraterrestrial civilizations would exploit the free-floating planets as interstellar transportation to travel and colonize other planetary systems, rather than making them their permanent homes.”

The exciting idea that SETI researchers may try to find any extraterrestrials using a planet as a means of transportation is also raised by the notion.

Therefore, it could be conceivable for us to see a civilisation during its epic exodus and possibly learn a few things in case the Sun threatens the Earth in the distant future by transforming into a lethal red giant.