What is Quantum Field Theory  ?

Quantum field theory, body of physical principles combining the elements of quantum mechanics with those of relativity to explain the behaviour of subatomic particles and their interactions via a variety of force fields. Two examples of modern quantum field theories are quantum electrodynamics, describing the interaction of electrically charged particles and the electromagnetic force, and quantum chromodynamics, representing the interactions of quarks and the strong force. Designed to account for particle-physics phenomena such as high-energy collisions in which subatomic particles may be created or destroyed, quantum field theories have also found applications in other branches of physics. 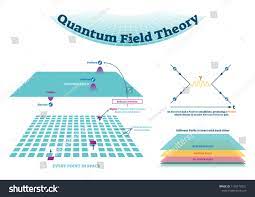 The prototype of quantum field theories is quantum electrodynamics (QED), which provides a comprehensive mathematical framework for predicting and understanding the effects of electromagnetism on electrically charged matter at all energy

levels. Electric and magnetic forces are regarded as arising from the emission and absorption of exchange particles called photons. These can be represented as disturbances of electromagnetic fields, much as ripples on a lake are disturbances of the water. Under suitable conditions, photons may become entirely free of charged particles; they are then detectable as light and as other forms of electromagnetic radiation. Similarly, particles such as electrons are themselves regarded as disturbances of their own quantized fields. Numerical predictions based on QED agree with experimental data to within one part in 10 million in some cases. 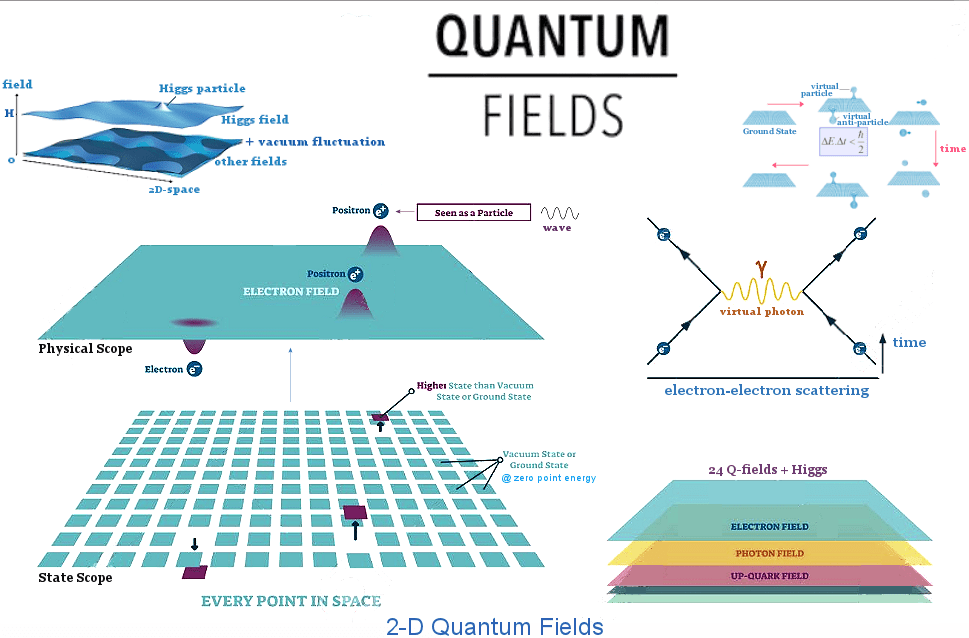 There is a widespread conviction among physicists that other forces in nature—the weak force responsible for radioactive beta decay; the strong force, which binds together the constituents of atomic nuclei; and perhaps also the gravitational force—can be described by theories similar to QED. These theories are known collectively as gauge theories. Each of the forces is mediated by its own set of exchange particles, and differences between the forces are reflected in the properties of these particles. For example, electromagnetic and gravitational forces operate over long distances, and their exchange particles—the well-studied photon and the as-yet-undetected graviton, respectively—have no mass.

In contrast, the strong and weak forces operate only over distances shorter than the size of an atomic nucleus. Quantum chromodynamics (QCD), the modern quantum field theory describing the effects of the strong force among quarks, predicts the existence of exchange particles called gluons, which are also massless as with QED but whose interactions occur in a way that essentially confines quarks to bound particles such as the proton and the neutron. The weak force is carried by massive exchange particles—the W and Z particles—and is thus limited to an extremely short range, approximately 1 percent of the diameter of a typical atomic nucleus.

The current theoretical understanding of the fundamental interactions of matter is based on quantum field theories of these forces. Research continues, however, to develop a single unified field theory that encompasses all the forces. In such a unified theory, all the forces would have a common origin and would be related by mathematical symmetries. The simplest result would be that all the forces would have identical properties and that a mechanism called spontaneous symmetry breaking would account for the observed differences. A unified theory of electromagnetic and weak forces, the electroweak theory, has been developed and has received considerable experimental support. It is likely that this theory can be extended to include the strong force. There also exist theories that include the gravitational force, but these are more speculative.

How to reconcile relativity with quantum mechanics ?

Where does the electric charge come from ?

All these answers in 15 minutes !