Kawakami, who exploded into the cultural space first as a musician, then as a poet and popular blogger, and most importantly as a best-selling novelist, challenges every preconception about storytelling and prose style. She is currently one of Japan’s most widely read and critically acclaimed authors, heralded by Haruki Murakami as his favorite young writer.

An earlier novella published in Japan with the same title focused on the female body, telling the story of three women: the thirty-year-old unmarried narrator, her older sister Makiko, and Makiko’s daughter Midoriko. Unable to come to terms with her changed body after giving birth, Makiko becomes obsessed with the prospect of getting breast enhancement surgery. Meanwhile, her twelve-year-old daughter Midoriko is paralyzed by the fear of her oncoming puberty and finds herself unable to voice the vague, yet overwhelming anxieties associated with growing up. The narrator, who remains unnamed for most of the story, struggles with her own indeterminable identity of being neither a “daughter” nor a “mother.” Set over three stiflingly hot days in Tokyo, the book tells of a reunion of sorts, between two sisters, and the passage into womanhood of young Midoriko.

In this greatly expanded version, a second chapter in the story of the same women opens on another hot summer’s day ten years later. The narrator, single and childless, having reconciled herself with the idea of never marrying, nonetheless feels increasing anxiety about growing old alone and about never being a mother. In episodes that are as comical as they are revealing of deep yearning, she seeks direction from other women in her life—her mother, her grandmother, friends, as well as her sister—and only after dramatic and frequent changes of heart, decides in favor of artificial insemination. But this decision in a deeply conservative country in which women’s reproductive rights are under constant threat is not one that can be acted upon without great drama.

Breasts and Eggs takes as its broader subjects the ongoing repression of women in Japan and the possibility of liberation, poverty, domestic violence, and reproductive ethics. Mixing comedy and realism, it is an epic life-affirming journey about finding inner strength and peace. 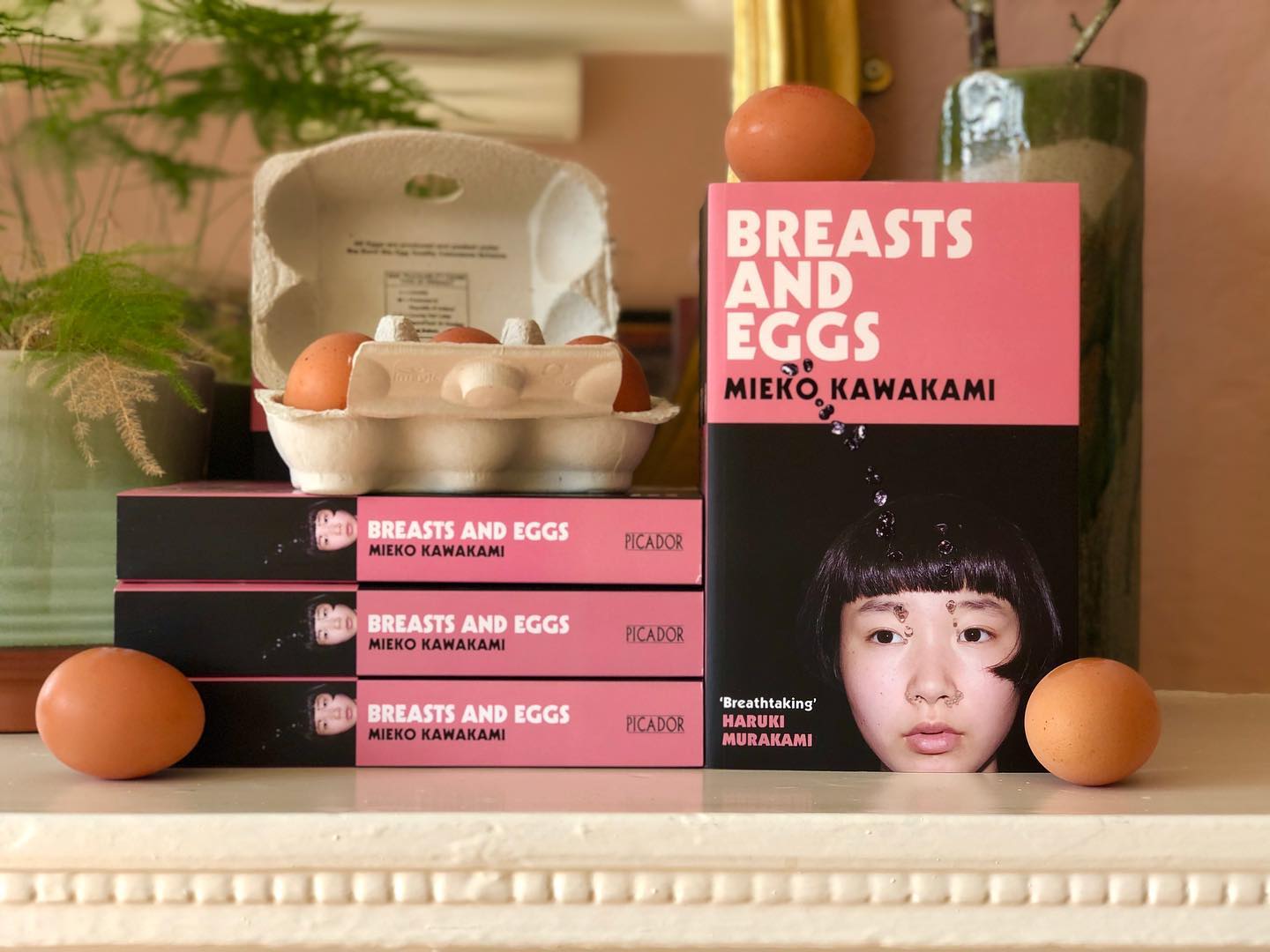