Stephen Hawking’s Final Research Predicts The End Of The Universe...

Two weeks before his death, famed scientist Stephen Hawking published a research article predicting parallel universes and along with the end of our own.

Hawking and co-author Thomas Hertog published their results in “A Smooth Exit from Eternal Inflation,” outlining how scientists may also be able to discover other universes using spaceships. According to Hertog, Hawking completed the work on his deathbed, leaving a legacy worthy of the Nobel Prize. 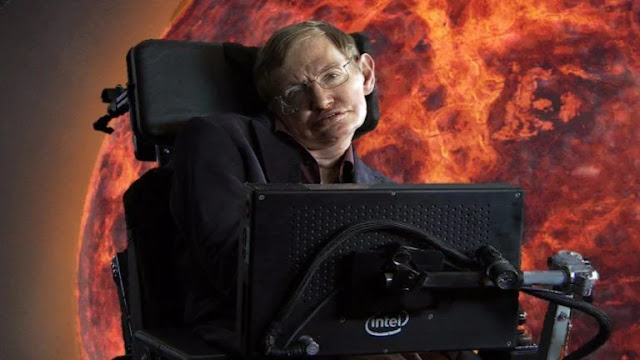 “He has often been nominated for the Nobel and should have won it. Now he never can,” he told the Sunday Times.

Hawking uses the “no boundary theory” he developed with physicist James Hartle to explain how the Earth rushed into existence during the Big Bang. According to his view, the Big Bang phenomena was accompanied by several “Big Bangs,” so creating multiple worlds.

Although it is believed impossible to measure the multiverse, Hawking’s last study addressed how these worlds may be located using a spaceship-borne probe. (Someone should tell Elon Musk.)

Hertog said that Hawking was motivated to write the article because they both want to provide a “testable scientific framework” for the notion of the multiverse. The inflation theory, according to which the universe expanded exponentially after the Big Bang and subsequently continued to grow at a slower pace, is still deemed untestable. But Hawking’s final publication presents a testable theory, making it a revolutionary leap in how the notion of the multiverse might be treated.

But probably the most contentious component of Hawking’s work is his forecast of the end of the universe. Hawking said that this cosmos would ultimately fade into darkness, similar to a star losing energy. Some cosmologists dislike the theory, and it has garnered mixed evaluations from its colleagues.

Despite this, Hawking never stopped warning people about the doom of the cosmos. Hawking made a speech at the Starmus Festival in June in which he urged people to find a means to leave Earth before it’s too late.

“We are running out of space, and the only place we can go to are other worlds,” Hawking said. “It is time to explore other solar systems. Spreading out may be the only thing that saves us from ourselves.”

A Brief History of Time By Stephen Hawking Book PDF