As a first step toward better defending our planet from dangerous space rocks in the future, NASA has successfully crashed a spacecraft into an asteroid, marking a momentous occasion for mankind and a breathtaking demonstration of technology for the general public. The ceremony was streamed live on NASA’s YouTube channel and a few other websites, providing spectators with a visceral glimpse of the mission’s culmination. As it got closer to the asteroid Dimorphos, which at first looked as a tiny dot of white light in the center of a dark picture, the spacecraft beamed back photographs. 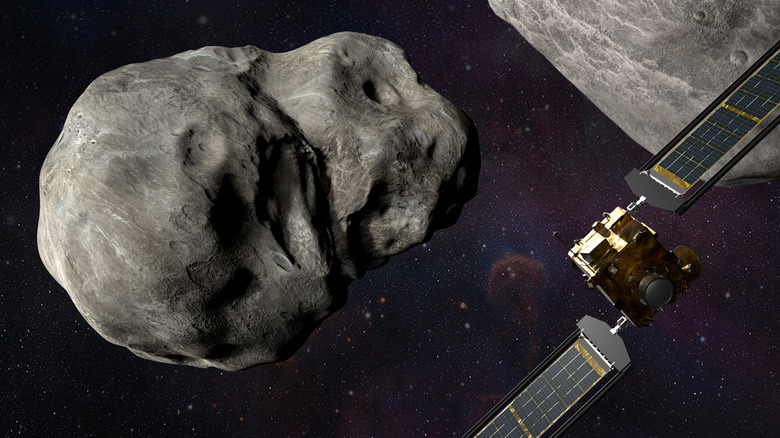 That area gradually got larger and finally took on a shape that, soon enough, was evidently covered in sharp rocks. Before the screen turned red, signaling that the DART mission had successfully concluded with a boom, the spacecraft captured its last resting position as it reached the surface, offering the viewing audience one more up-close glimpse at the asteroid. Now that it has made this significant advancement in planetary defense, what will NASA do?

The collision was only the first part of the bizarre experiment

With this successful expedition, mankind has successfully tested the use of current technologies as a viable means of defending Earth against asteroids and comets that could approach dangerously in the future. Since this is a significant issue, it is not surprising that many concepts and ideas have been proposed over the years. However, the idea of physically slamming a machine into a rock to change its course was the most entertaining of all of them, and it also turned out to be the one that led to an actual mission.

The DART project has been under development for some years, and NASA won’t be the only agency involved. As previously mentioned, the European Space Agency (ESA) also contributes significantly to the endeavor to create a successful planetary defense system, and its Hera mission will be the vehicle for carrying out its portion of the task. The ESA will launch its Hera mission to Dimorphos, the same asteroid that was recently struck by a NASA probe, in September 2024. As it will be used to watch the impact site and examine the space rock, this will effectively constitute the second half of the DART mission.

The ESA first referred to its future Hera mission as a “crime scene investigation” back in November 2021, stating that it will entail a thorough examination of the binary asteroid system, particularly the smaller asteroid that is the focus of this mission. Hera’s ability to gather information that is only accessible from orbit will provide specialists information that might help this kind of planetary defense become “a well-understood and reproducible deflection approach” should it ever be necessary, according to the ESA.