Astrophysicists have reexamined what is feasible at the deaths of our Universe’s most massive stars in light of a peculiarly yellow pre-supernova star. The researchers has released a new article in Monthly Notices of the Royal Astronomical Society that details the odd star and the supernova that resulted from it. 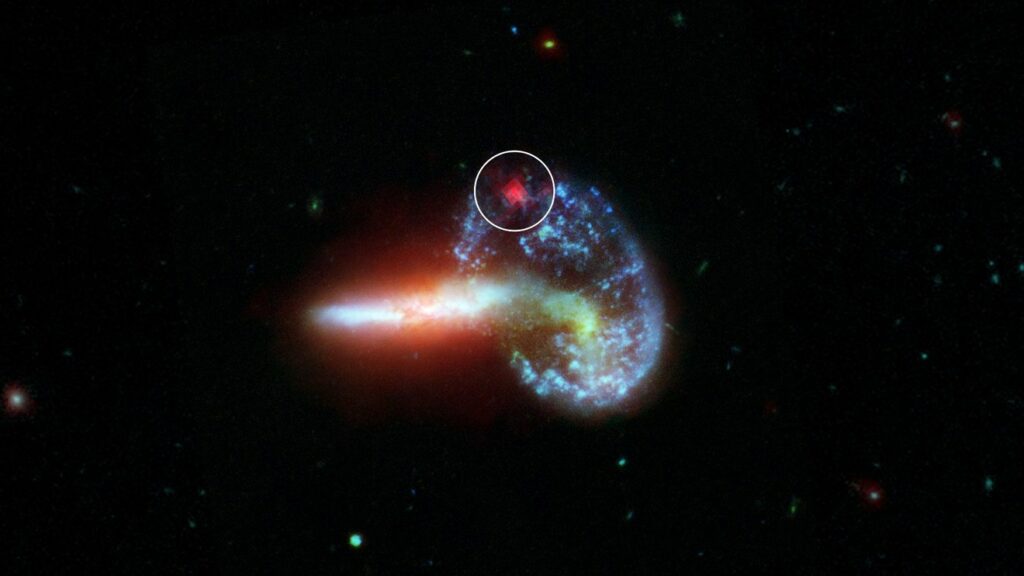 Warm, blue interiors of cold, yellow stars are often hidden by hydrogen as they approach their end of life. However, at the moment of its explosion, this yellow star in the Virgo galaxy cluster, 35 million light years from Earth, unexpectedly lacked this essential hydrogen layer.

Charles Kilpatrick, a postdoctoral scholar at Northwestern University’s Center for Interdisciplinary Exploration and Research in Astrophysics (CIERA), who oversaw the work, said, “We haven’t encountered this scenario before.” Without hydrogen, a star’s explosion should be highly blue and incredibly hot. A star can hardly be this cold if it doesn’t have hydrogen in the outer layers of its atmosphere. Every stellar model we examined that may have explained a star like this required hydrogen, which we know the star lacked based on its explosion. It goes beyond what is physically feasible.

Kilpatrick is a part of the Young Supernova Experiment, which uses Hawaii’s Haleakala volcano’s Pan-STARRS observatory to capture supernovae while they are being born. The team used deep space images taken by NASA’s Hubble Space Telescope after the Young Supernova Experiment discovered supernova 2019yvr in the relatively close-by spiral galaxy NGC 4666. Fortunately, this region of the sky had already been observed by Hubble two and a half years prior to the star’s explosion.

Big unanswered questions remain regarding what enormous stars do just before they erupt, according to Kilpatrick. It’s uncommon to observe this type of star just before it goes supernova.

The supernova’s source, a large star that was seen just a few years before to the explosion, is visible in the Hubble photos. But a few months after the blast, Kilpatrick and his colleagues found that the debris from the star’s cataclysmic explosion appeared to have collided with a substantial amount of hydrogen. This prompted the scientists to postulate that the progenitor star may have ejected the hydrogen just before dying.

Astronomers have long hypothesized that stars go through dramatic outbursts or die years before we observe supernovae, according to Kilpatrick. The finding of this star offers some of the most conclusive proof that stars undergo catastrophic eruptions that lead them to lose mass before to an explosion. If the star was erupting like this, its hydrogen would have been ejected decades before it detonated.

Another hypothesis is also put out in the current study by Kilpatrick’s team: the progenitor star of the explosion may have had its hydrogen stripped away by a companion star that is less massive. The researchers won’t be able to look for the companion star, though, until the supernova’s brightness gradually decreases, which might take up to ten years.

In contrast to its usual behavior immediately following the explosion, the hydrogen interaction showed the supernova to be somewhat unusual, according to Kilpatrick. But the fact that we were able to locate its parent star in Hubble data is unique. I believe we will be able to understand more about what transpired in four or five years.