Massive stars give off a telltale sign before going supernova

Massive stars give off a telltale sign before going supernova

Massive stars (typically weighing from 8 to 20 solar masses) will become a hundred times fainter in visible light, before going supernova.

The universe is an odd yet beautiful place. Despite the fact that humanity is still relatively early in its investigation, we are gradually learning its mysteries. It is crucial to comprehend stars, solar systems, and galaxies. We subsequently have a better understanding of our position within the cosmos as a result. 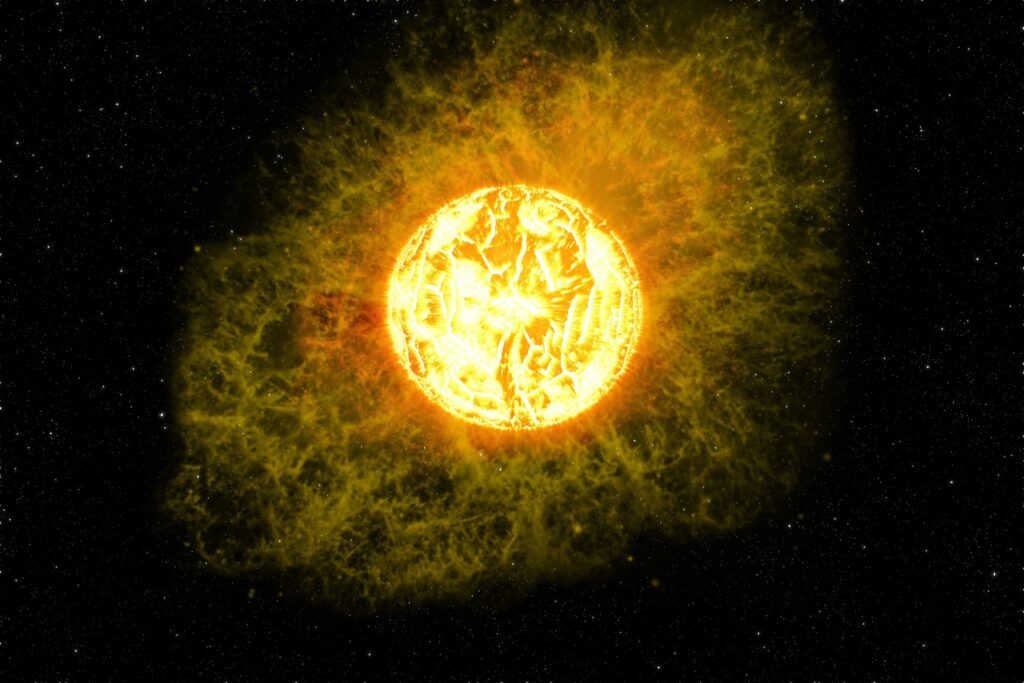 Astronomers’ main focus is on studying stars, their evolution, life cycles, and demise. An alarm system that alerts when a huge star is on the verge of going supernova has been devised by researchers from Liverpool John Moores University and the University of Montpellier.

Massive stars, which normally range in mass from 8 to 20 solar masses, will reportedly become a hundred times fainter in visible light. This takes place in the final few months before they pass away. Stars are currently at the’red supergiant’ phase, which is their last stage of existence. The star’s light is being blocked by an accumulation of junk, which is what is causing the dimming. Up until today, the rate of star accretion was unknown.

Prior to the explosion, scientists created computer simulations of how red supergiants would appear when enclosed in these ‘cocoons’. Old telescope archives contain pictures of stars that burst a year after they were captured. The stars look normal, as seen in the photos, and do not yet seem to have built a circumstellar cocoon.

As a result, the cocoon could be put together incredibly quickly—in less than a year. According to Liverpool John Moores University’s Benjamin Davies, who is the paper’s primary author, thick debris nearly entirely obscures the star, making it look 100 times fainter. This indicates that you probably wouldn’t be able to see the star the day before it bursts, he says.

Supernovae can only be precisely seen by scientists after they occur. Scientists will be able to see the precursor stars being obliterated in real time by using this early-warning technology. Numerous telescopes in orbit and on Earth can be used for this. Monthly Notices of the Royal Astronomical Society published the research.