Inside The World’s Largest Particle Accelerator

Inside The World’s Largest Particle Accelerator

Whats is the The Large Hadron Collider  ? 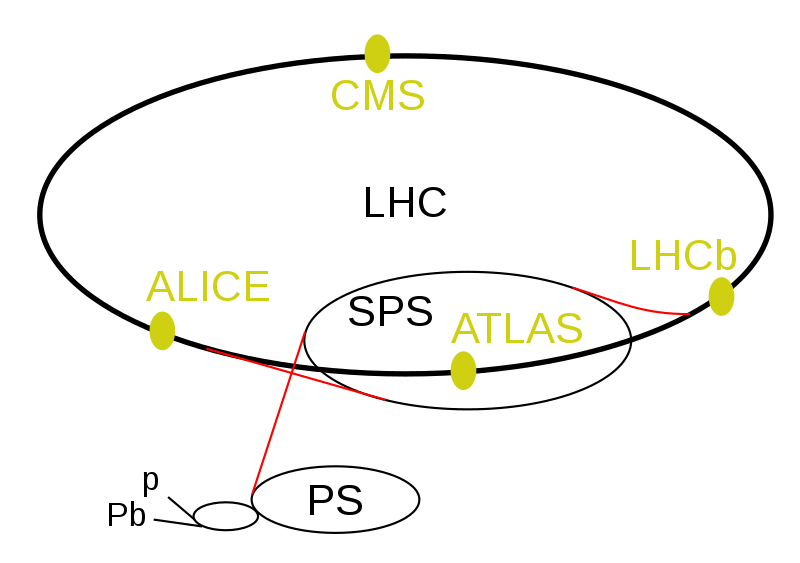 The Large Hadron Collider (LHC) is the world’s largest and highest-energy particle collider. It was built by the European Organization for Nuclear Research (CERN) between 1998 and 2008 in collaboration with over 10,000 scientists and hundreds of universities and laboratories, as well as more than 100 countries. It lies in a tunnel 27 kilometres (17 mi) in circumference and as deep as 175 metres (574 ft) beneath the France–Switzerland border near Geneva.

The first collisions were achieved in 2010 at an energy of 3.5 teraelectronvolts (TeV) per beam, about four times the previous world record. After upgrades it reached 6.5 TeV per beam (13 TeV total collision energy, the present world record). At the end of 2018, it was shut down for two years for further upgrades.

The LHC’s goal is to allow physicists to test the predictions of different theories of particle physics, including measuring the properties of the Higgs boson searching for the large family of new particles predicted by supersymmetric theories, and other unresolved questions in particle physics.

The Large Hadron Collider is a 27 kilometer atom smasher! How does it work and what can it tell us about the make-up of our universe?