Hubble caught a strange energy beam that had just left...

Hubble caught a strange energy beam that had just left a galaxy and was traveling at five times the speed of light.

Please welcome to the stage a master illusionist. An energy beam, emerging from galaxy M87 like a toothpick in a martini olive, is performing the greatest conjuring trick: it seems to be moving faster than the speed of light. 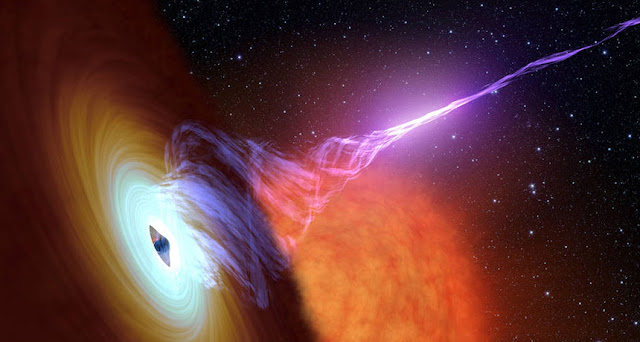 The Hubble Space Telescope has demonstrated that it is actually nearly five times quicker. This feat was first detected in the galaxy M87 in 1995, and it has since been noted in a number of other galaxies. Everything you always believed to be true may start to seem false. The cosmos’s speed limit cannot be surpassed, right? You can’t just choose to disregard the laws of physics, can you? 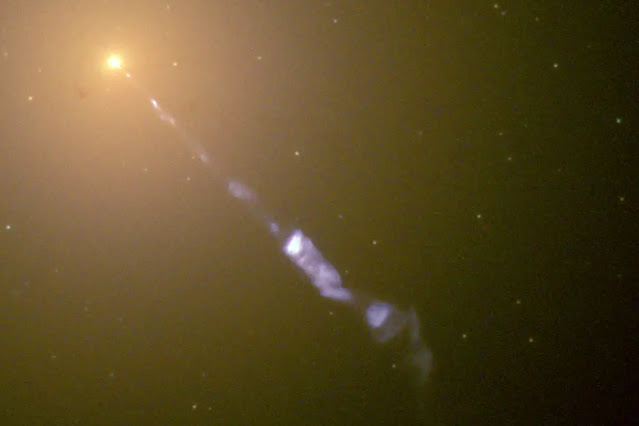 Stop reading if you just want to take it all in from your audience seat. Otherwise, I’d like to invite you backstage to see how the trick operates and how it’s assisting scientists in understanding what will happen to entire galaxies.

Since 1918, when astronomer Heber Curtis noticed a beam of light associated to the galaxy, we have known about the jet of plasma blasting from the center of M87. It has to be enormous—about 6000 light-years long—in order to be seen from such a great distance.

Most galaxies feature a center black hole, which periodically pulls in stars and gas clouds, as contemporary astronomers now understand. As gas starts to swirl in the drain, part of it warms up and magnetic fields concentrate it into plasma jets. These jets travel at speeds that are close to, but not quite as fast as, the speed of light.

Cosmic uncertainty: Is the speed of light really constant?

This plasma lance is crooked, as may be seen if you point a telescope at M87 in the sky. It is slanted slightly to the right rather than directly into our line of sight. Imagine a single blazing plasma blob emitting a light beam from the bottom of this route towards Earth to better comprehend the illusion. Wait ten years, then. The blob has gotten closer over that period at a significant fraction of the speed of light. This provides the photons emanating from that latter place a head start of a few light years on their journey to Earth.

It appears as though the blob has recently migrated across the sky to the right if you compare the first and second photographs taken from Earth. The second position’s light has traveled less distance than it appears to have because it is also closer to us. It appears to have traveled there more quickly than it actually did, as though the blob spent those ten years moving at an absurd rate of speed.

According to Eileen Meyer of the University of Maryland, Baltimore County, the jet from M87 is more than simply a curious object. Massive black holes’ energy outflows can either halt or restart the star-formation process over the whole cosmos. However, it is unknown how these outflows function and how much energy they hold.

It is difficult for faraway objects like galaxies to change noticeably over a short period of time, but jets like the one in M87 do so by appearing to move faster than light. This enables astronomers to calculate with great accuracy how quickly the plasma is travelling and, consequently, how strong the process is. M87 is unique because, in comparison to other galaxies, it is quite near and simple to examine. Astronomers were able to observe this plasma ripple in 1999 using Hubble images of the jet acquired over a four-year period. Meyer extended that to 13 years of photos in 2013, and as if things weren’t difficult enough, it appeared that the plasma may possibly be flowing in spirals resembling corkscrews.