NASA will attempt a ‘risky’ maneuver to fix its broken...

Engineers have been troubleshooting NASA’s Hubble Telescope since it went offline in mid-June. Now, they’re going to try switching to backup hardware.

NASA’s Hubble Space Telescope has been offline for nearly a month.

The telescope’s payload computer – a 1980s machine that controls and monitors all of the spacecraft’s science instruments – suddenly stopped working on June 13. Engineers have been troubleshooting the problem since then, but with little success.

However, a recent NASA announcement suggests a glimmer of hope: The agency tweeted on Thursday that it had successfully tested a procedure that would switch parts of the telescope’s hardware to their back-up components.

This could pave the way for the payload computer to come back online, leading to the restart of Hubble’s scientific observations.

NASA reported the procedure could happen as early as next week, following additional preparations and reviews. The telescope and the scientific instruments on board remain in working condition.

But the switch will be “risky,” according to NASA astrophysics division director Paul Hertz.

“You can’t actually put your hands on and change hardware or take a voltage, so that does make it very challenging,” he told New Scientist. 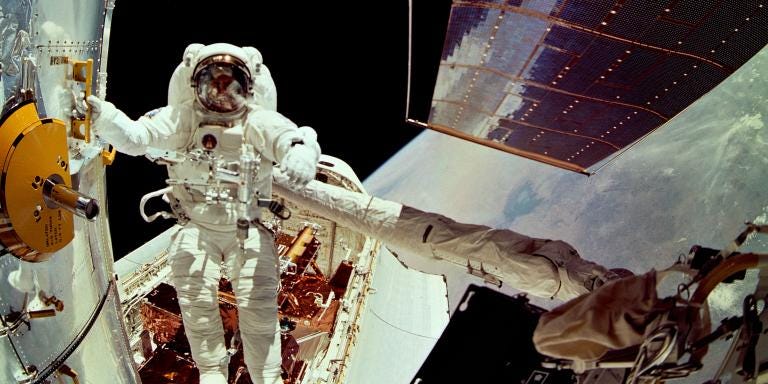 Hubble is the world’s most powerful space telescope; it orbits 353 miles above the Earth.

On June 30, NASA announced it had figured out that the source of the payload computer problem was in Hubble’s Science Instrument Command and Data Handling unit (SI C&DH for short), where the computer resides.

“A few hardware pieces on the SI C&DH could be the culprit(s),” NASA said.

Backup pieces of hardware are pre-installed on the telescope. So it’s just a matter of switching over to that redundant hardware. But before attempting the tricky switch from Earth, engineers have to practice in a simulator, the agency added.

NASA has rebooted Hubble using this type of operation in the past. In 2008, after a computer crash took the telescope offline for two weeks, engineers successfully switched over to redundant hardware. A year later, astronauts repaired two broken instruments while in-orbit – Hubble’s fifth and final reservicing operation. (NASA does not currently have a way to launch astronauts to the space telescope.)

Getting the $2 million observatory back online is critical to NASA.

“Hubble is one of NASA’s most important astrophysics missions. It’s been operating for over 31 years, and NASA is hopeful it will last for many more years,” an agency spokesperson told Insider in June.

Hubble, which launched into orbit in 1990, has captured images of the births and deaths of stars, discovered new moons around Pluto, and tracked two interstellar objects as they zipped through our solar system. Hubble’s observations have also allowed astronomers to calculate the age and expansion of the universe and to peer at galaxies formed shortly after the Big Bang.