Einstein was no stranger to mathematical challenges. He struggled to define energy in a way that acknowledged both the law of energy conservation and covariance, which is general relativity’s fundamental feature where physical laws are the same for all observers.
A research team at Kyoto University’s Yukawa Institute for Theoretical Physics has now proposed a novel approach to this longstanding problem by defining energy to incorporate the concept of entropy. Although a great deal of effort has gone into reconciling the elegance of general relativity with quantum mechanics, team member Shuichi Yokoyama says, “The solution is shockingly intuitive.”

Einstein’s field equations describe how matter and energy shape spacetime and how in turn the structure of spacetime moves matter and energy. Solving this set of equations, however, is notoriously difficult, such as with pinning down the behavior of a charge associated with an energy-momentum tensor, the troublesome factor that describes mass and energy. 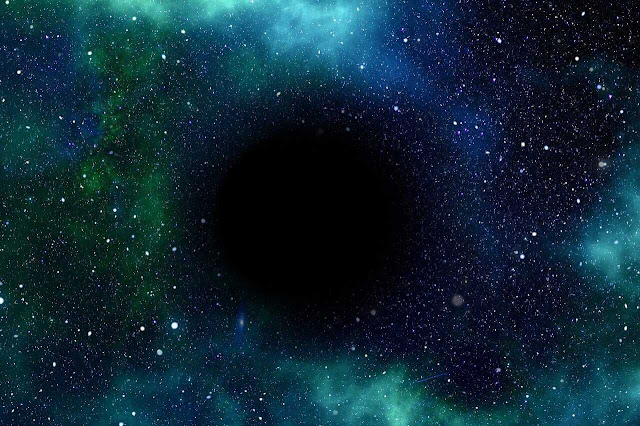 The research team has observed that the conservation of charge resembles entropy, which can be described as a measure of the number of different ways of arranging parts of a system.

And there’s the rub: Conserved entropy defies this standard definition.
The existence of this conserved quantity contradicts a principle in basic physics known as Noether’s theorem, in which conservation of any quantity generally arises because of some kind of symmetry in a system.

Surprised that other researchers have not already applied this new definition of the energy-momentum tensor, another team member, Shinya Aoki, adds that he is “also intrigued that in general curved spacetime, a conserved quantity can be defined even without symmetry.”

In fact, the team has also applied this novel approach to observe a variety of cosmic phenomena, such as the expansion of the universe and black holes. While the calculations correspond well with the currently accepted behavior of entropy for a Schwarzschild black hole, the equations show that entropy density is concentrated at the singularity in the center of the black hole, a region where spacetime becomes poorly defined.

The authors hope that their research will spur deeper discussion among many scientists not only in gravity theory but also in basic physics.