Where Do Black Holes Lead?

Where Do Black Holes Lead?

If you travel through a black hole, where do you go?

So here you are, on the verge of falling into a black hole. What could possibly await you if, against all odds, you manage to survive? Where would you end up, and what tantalizing tales would you be able to tell if you were able to clamber your way back?

As Professor Richard Massey explains, the simple answer to all of these questions is, “Who knows?” As a Royal Society research fellow at the Institute for Computational Cosmology at Durham University, Massey is fully aware that the mysteries of black holes run deep. “Falling through an event horizon is literally passing beyond the veil — once someone falls past it, nobody could ever send a message back,” he said. “They’d be ripped to pieces by the enormous gravity, so I doubt anyone falling through would get anywhere.”

That sounds like a disappointing — and painful — answer, and it is. Since Albert Einstein’s general theory of relativity was considered to have predicted black holes by linking space-time with gravity’s action, it has been known that black holes form when a massive star dies, leaving behind a small, dense remnant core. If this core has more than three times the mass of the sun, gravity would overwhelm it to the point where it collapsed in on itself into a single point, or singularity, which is thought to be the black hole’s infinitely dense core.

The resulting uninhabitable black hole would have such a strong gravitational pull that even light would be unable to escape it. So, if you happen to find yourself at the event horizon — the point where light and matter can only pass inward, as proposed by German astronomer Karl Schwarzschild — there is no way out. Tidal forces, according to Massey, would break down your body into strands of atoms (or ‘spaghettification,’ as it is also known), and the object would eventually be crushed at the singularity. The idea that you could emerge somewhere — perhaps on the other side — appears completely fantastical. 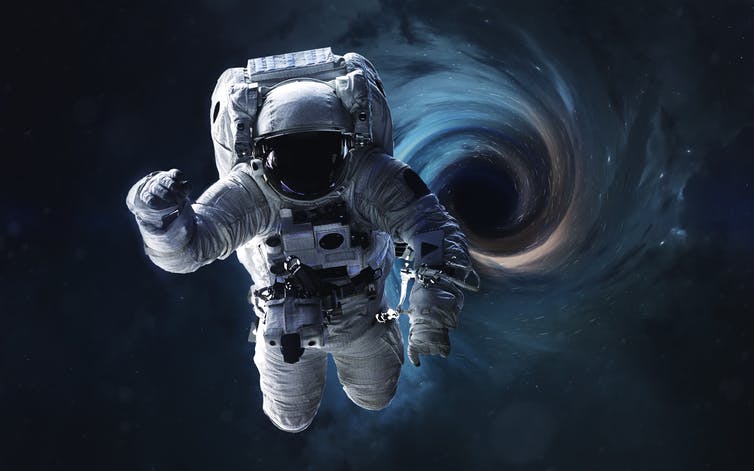 Is that correct? Scientists have investigated the possibility that black holes could be wormholes to other galaxies over the years. They could even be, as some have suggested, a portal to another universe.

Such an idea has been around for a while: in 1935, Einstein collaborated with Nathan Rosen to theorize bridges that connect two different points in space-time. However, it gained traction in the 1980s when physicist Kip Thorne, one of the world’s leading experts on the astrophysical implications of Einstein’s general theory of relativity, raised the question of whether objects could physically travel through them.

“Reading Kip Thorne’s popular book about wormholes is what first got me excited about physics as a child,” Massey said. But it doesn’t seem likely that wormholes exist.

Indeed, Thorne, who provided expert advice to the production team of the Hollywood movie Interstellar, wrote in his book “The Science of Interstellar,” “We see no objects in our universe that could become wormholes as they age” (W.W. Norton and Company, 2014). Traveling through these theoretical tunnels, according to Thorne, would most likely remain science fiction, and there is no firm evidence that a black hole could allow for such a passage. 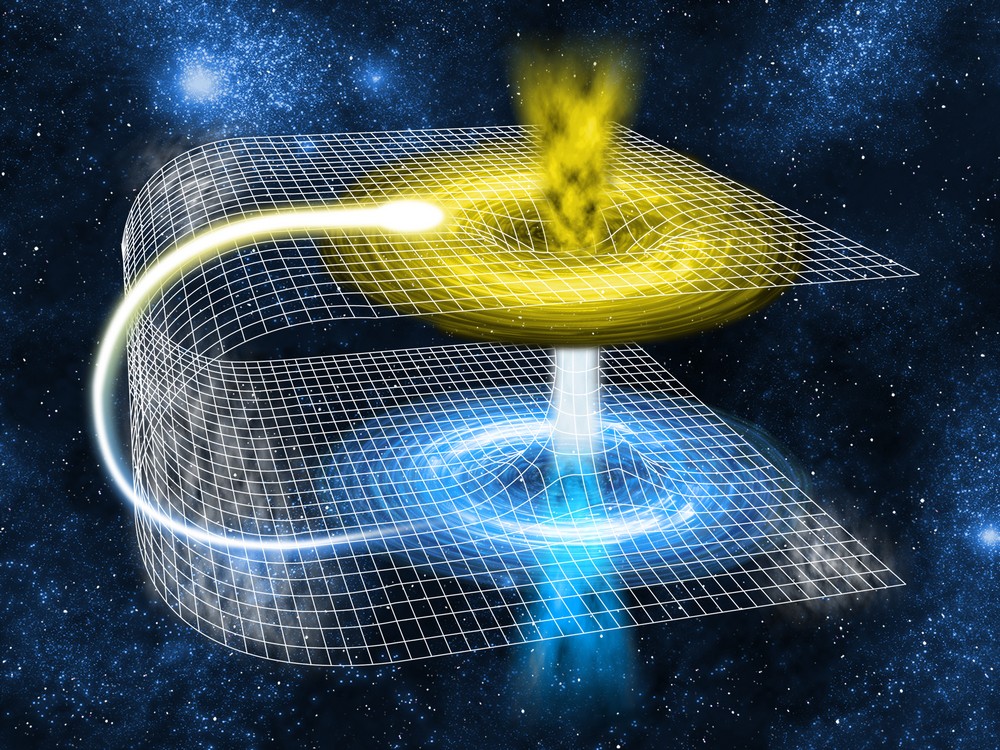 The problem is that we can’t get close enough to see for ourselves. Why, we can’t even photograph anything that happens inside a black hole — if light can’t escape their immense gravity, nothing can be captured by a camera. According to latest theory, anything that goes beyond the event horizon is simply added to the black hole, and because time distorts close to this boundary, this appears to take place incredibly slowly, so answers will be slow in coming.

“I think the standard story is that they lead to the end of time,” said Douglas Finkbeiner, professor of astronomy and physics at Harvard University. “An observer far away will not see their astronaut friend fall into the black hole. They’ll just get redder and fainter as they approach the event horizon [as a result of gravitational red shift]. But the friend falls right in, to a place beyond ‘forever.’ Whatever that means.”

MAYBE A BLACK HOLE LEADS TO A WHITE HOLE

Certainly, if black holes do lead to another part of a galaxy or another universe, there must be something on the other side that is totally opposite to them. Could it be a white hole, as suggested by Russian cosmologist Igor Novikov in 1964? Novikov proposed that a black hole connects to a white hole that exists in the past. Unlike a black hole, a white hole allows light and matter to escape but not to enter. 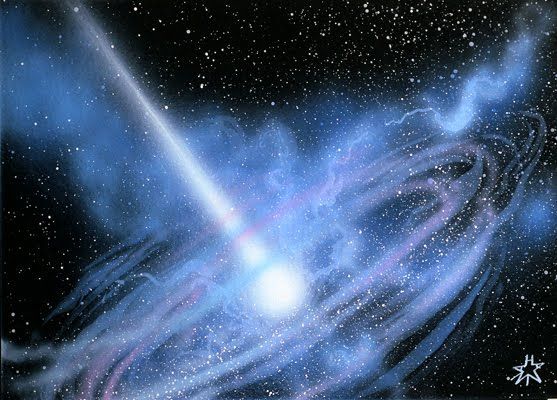 The collapse of a black hole would be halted rather than destroying the information that it absorbs. Instead, it would undergo a quantum bounce, allowing information to escape. If this is true, it would shed some light on a proposal made in the 1970s by former Cambridge University cosmologist and theoretical physicist Stephen Hawking, who investigated the possibility that black holes emit particles and radiation — thermal heat — as a result of quantum fluctuations.

“Hawking said a black hole doesn’t last forever,” Finkbeiner said. As described in his 1976 paper published in Physical Review D, Hawking calculated that radiation would cause a black hole to lose energy, shrink, and disappear. Given his claims that the radiation emitted would be random and would contain no information about what had fallen into it, the black hole’s explosion would erase a massive amount of information.

Physicists Ahmed Almheiri, Donald Marolf, Joseph Polchinski, and James Sully, however, believed Hawking was on to something. They worked on a theory known as the AMPS firewall, also known as the black hole firewall hypothesis. According to their calculations, quantum mechanics could turn the event horizon into a massive wall of fire, and anything that came into contact with it would burn in an instant. In that sense, black holes are pointless because nothing can ever enter them.

However, this contradicts Einstein’s general theory of relativity. Someone crossing the event horizon should not experience great hardship because an object would be in free fall and, according to the equivalence principle, that object — or person — would not feel the extreme effects of gravity. It could follow the laws of physics that exist elsewhere in the universe, but even if it did not violate Einstein’s principle, it would undermine quantum field theory or suggest that information can be lost. 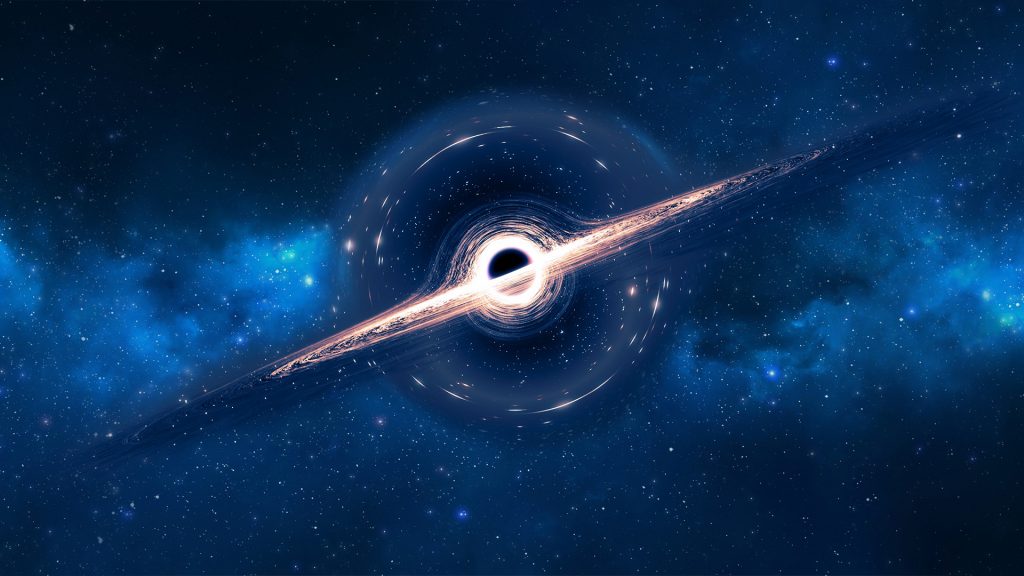 Take a step forward Hawking yet again. In 2014, he published a study in which he rejected the existence of an event horizon — implying that there is nothing to burn — claiming that gravitational collapse would instead produce a ‘apparent horizon.’

This horizon would suspend light rays attempting to escape the black hole’s core and would last for a “period of time.” According to his rethinking, apparent horizons temporarily hold matter and energy before dissolving and releasing them later. This explanation best fits with quantum theory, which states that information cannot be destroyed, and if ever proven, it implies that anything could escape from a black hole.

Hawking even suggested that black holes might not exist at all. “Black holes should be redefined as metastable gravitational field bound states,” he wrote. There would be no singularity, and while gravity would cause the apparent field to move inwards, it would never reach the center and become consolidated within a dense mass.

Even so, whatever is emitted will not be in the form of the information swallowed. It would be impossible to determine what went in by looking at what came out, which creates complications of its own — not least for, say, a human who found themselves in such an alarming position. They would never feel the same way again!

One thing is certain: this particular mystery will consume many more scientific hours for a long time to come. Rovelli and Francesca Vidotto recently suggested that a component of dark matter could be formed by remnants of evaporated black holes, and Hawking’s paper on black holes and ‘soft hair’ was released in 2018, and describes how zero-energy particles are left around the point of no return, the event horizon — an idea that suggests information is not lost but captured.

This contradicted physicist John Archibald Wheeler’s no-hair theorem, which stated that two black holes would be indistinguishable to an observer because none of the special particle physics pseudo-charges would be conserved. It’s an intriguing concept, but there’s a long way to go before it’s accepted as the answer to where black holes lead. If only we could figure out how to jump into one.