Up until a Mysterious Catastrophe Millions of Years Ago, Venus...

Up until a Mysterious Catastrophe Millions of Years Ago, Venus Might Have Been Habitable

If you view Venus the way most people do, it is not a pleasant place. For a world named after a Roman goddess of love and beauty, it is a poisonous, very hot hell. However, it wasn’t always like this.

Researchers provide evidence that ancient Venus may have previously hosted seas of liquid water and life. All of that was taken away by a strange resurfacing event some 700 million years ago. 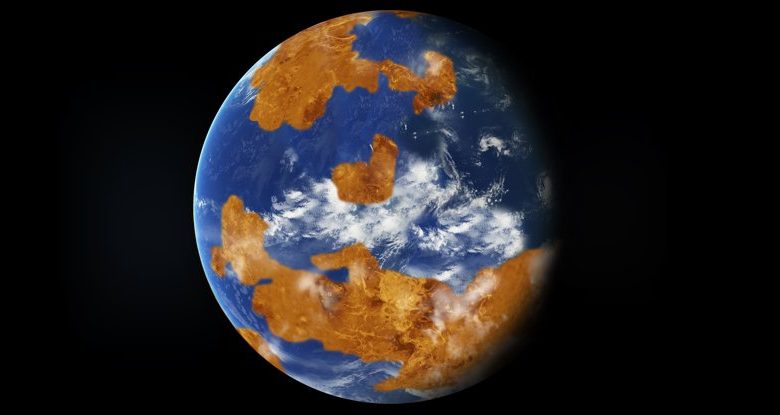 According to NASA’s Goddard Institute for Space Studies planetary scientist Michael Way, “We think Venus may have maintained a steady climate for billions of years.”

It’s probable that the near-global resurfacing event transformed the climate of the planet from that of Earth to that of a hellish hothouse.

The study draws on two earlier works by Way and his team as well as articles that simulate virtualized Venus-like planets and topographies. It was presented at the EPSC-DPS Joint Meeting 2019 in Geneva, Switzerland.

The research concludes that the “optimistic” hypothesis that Venus “spent much of its history with liquid water on its surface, plate tectonics, and a stable temperate temperature comparable to that of Earth” is supported by 3D GCM (general circulation model) simulation.

At least 4.2 billion years ago, or up until 700 million years ago, this would have been the case. Around that time, Venus had a terrible event that caused the planet to become extremely hot and create a harmful atmosphere known as the “greenhouse effect” that traps heat.

Venus has extremely high air pressure and temperatures in large part due to its atmospheric makeup. But how did the “sister” planet of Earth come to be this way? 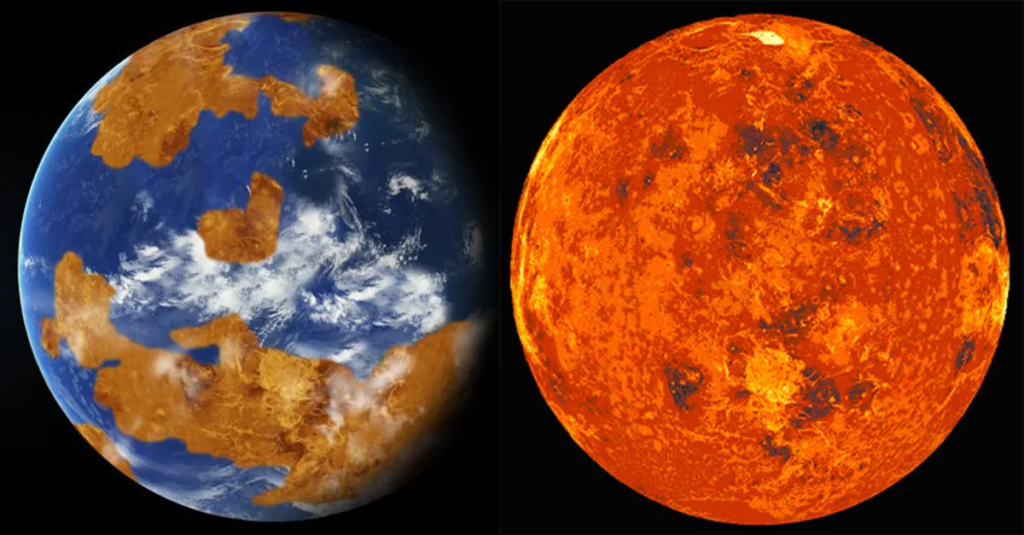 Way claims that something occurred on Venus that resulted in a significant volume of gas being released into the atmosphere rather than being reabsorbed by the rocks.

There have been instances of extensive outgassing on Earth previously, such as when the Siberian Traps developed 500 million years ago and are associated with a major extinction, but nothing like to this. The whole Venus was altered.

Based on the latest findings, we cannot affirm with certainty that there was life on Venus, though. Models suggest that the planet may have formerly had liquid water and a tolerant atmosphere, making it an ideal place for life.

What exactly transpired is unknown. According to research, Venus’ carbonate-silicate cycle, which naturally removes carbon dioxide from the atmosphere by absorbing it into rocks, has ceased. This cycle is comparable to the one on Earth. The tremendous volcanic activity that occurred at the time may have stopped the cycle and prevented the gas from being reabsorbed by solidifying magma on the planet’s surface.

If they are correct, it implies that not only can there have once been life on Venus, but that planets like Venus, which are typically regarded to be habitable because they are near to the stars that create them, may not be as inhospitable as previously believed.

According to Way, “Our simulations demonstrate that there is a genuine possibility that Venus may have been habitable and significantly different from how it is currently.”

This may have significant implications for exoplanets discovered in the “Venus Zone,” which may contain liquid water and a hospitable environment.

The outcomes were presented at the EPSC and DPS Joint Meeting in 2019.