Stephen Hawking’s Priceless Scientific Works to Be Preserved in Special...

The legacy of one of the brightest stars in the physics firmament has been secured.

Around 10,000 pages of the writings and other papers of legendary theoretical physicist Stephen Hawking will be preserved in a special archive by the Cambridge University Library in the UK. This will include a digitization project, to be made freely available online.

In addition, Hawking’s office and personal items have been acquired by the UK Science Museum.

The two acquisitions have been made as part of a financial agreement, in which heirs to an estate can offset their inheritance tax by donating significant items to the country. In this case, the papers have been valued at £2.8 million (almost US$4 million), and the office at £1.4 million.

Of course, these sums are vastly exceeded by the priceless cultural value of Professor Hawking’s work. No scientist operates in a vacuum, but Hawking is widely regarded as one of the greatest scientific minds in history.

Having access to his personal papers – including an early draft of his best-selling popular science book, A Brief History of Time – gives us an intimate glimpse at how this startling mind worked. 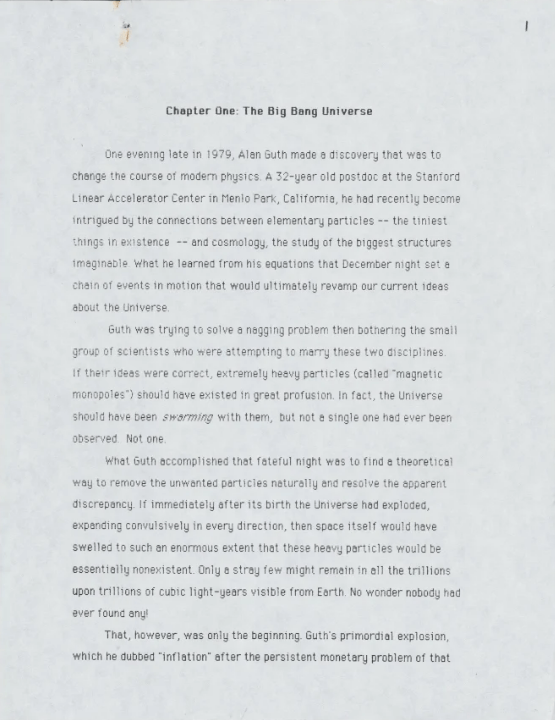 “The archive allows us to step inside Stephen’s mind and to travel with him around the cosmos to, as he said, ‘better understand our place in the Universe’,” said Cambridge University Librarian Jessica Gardner.

“It gives extraordinary insight into the evolution of Stephen’s scientific life, from childhood to research student, from disability activist to ground-breaking, world-renowned scientist.”

The collection of personal items, to be housed at the Science Museum, include voice synthesizers, six personalized wheelchairs, reference books, Star Trek memorabilia, and a rowing jacket a young Hawking was wearing when thrown into a river.

The Science Museum plans to put some of these items on display, and eventually reconstruct the office as Hawking used it.

The papers include correspondences, drafts of scientific papers and essays, photographs of Hawking with notable figures, and scripts from The Simpsons (on which Hawking guest-starred four times).

These will be housed alongside the archives of Isaac Newton and Charles Darwin, between whose graves Hawking’s ashes were interred, following his death at the age of 76 in 2018.

“Our hope is that our father’s scientific career will continue to inspire generations of future scientists to find new insights into the nature of the universe, based on the outstanding work he produced in his lifetime,” said Hawking’s children, Lucy, Tim, and Robert, in a statement.

“For decades, our father was part of the fabric of life at Cambridge University and was a distinguished fellow of the Science Museum, so it seems right that these relationships, so dear to him and us, will continue for many more years to come.”

Who knows what future generations will be able to achieve, with the shoulders of this giant on which to stand.