Neutron Stars: The Most Extreme Objects in the Universe

Neutron Stars: The Most Extreme Objects in the Universe

What is the Neutron stars ?

A neutron star is the collapsed core of a massive supergiant star, which had a total mass of between 10 and 25 solar masses, possibly more if the star was especially metal-rich. Except for black holes, and some hypothetical objects (e.g. white holes, quark stars, and strange stars), neutron stars are the smallest and densest currently known class of stellar objects. Neutron stars have a radius on the order of 10 kilometres (6.2 mi) and a mass of about 1.4 solar masses. They result from the supernova explosion of a massive star, combined with gravitational collapse, that compresses the core past white dwarf star density to that of atomic nuclei. 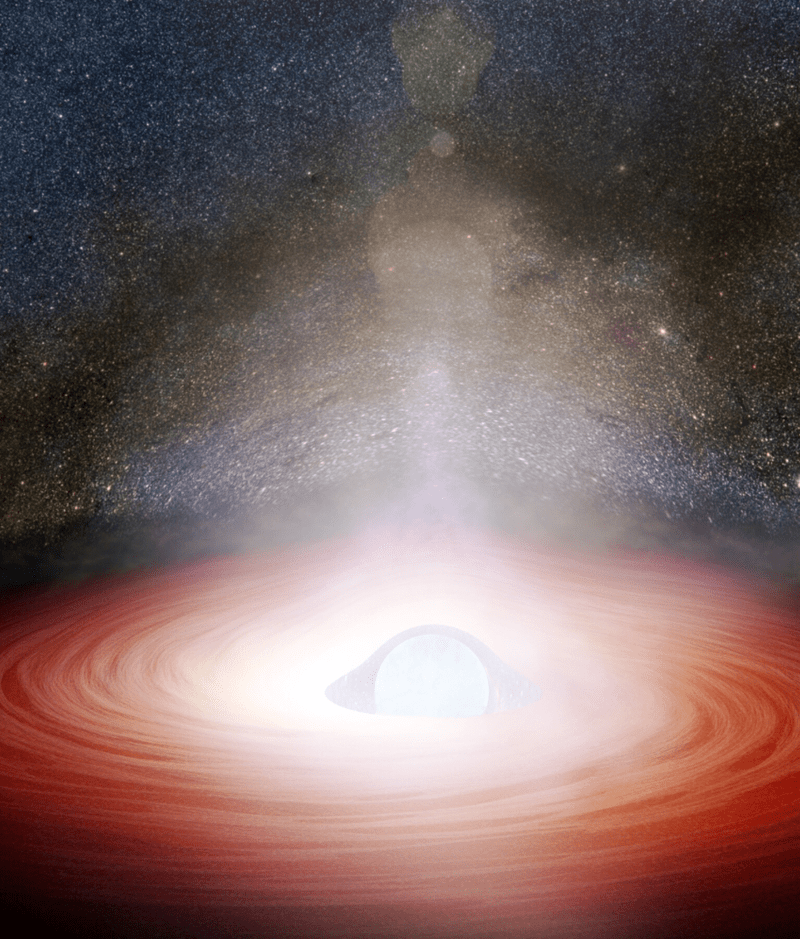 Once formed, they no longer actively generate heat, and cool over time; however, they may still evolve further through collision or accretion. Most of the basic models for these objects imply that neutron stars are composed almost entirely of neutrons (subatomic particles with no net electrical charge and with slightly larger mass than protons); the electrons and protons present in normal matter combine to produce neutrons at the conditions in a neutron star. Neutron stars are partially supported against further collapse by neutron degeneracy pressure, a phenomenon described by the Pauli exclusion principle, just as white dwarfs are supported against collapse by electron degeneracy pressure. However, neutron degeneracy pressure is not by itself sufficient to hold up an object beyond 0.7M☉ and repulsive nuclear forces play a larger role in supporting more massive neutron stars. If the remnant star has a mass exceeding the Tolman–Oppenheimer–Volkoff limit of around 2 solar masses, the combination of degeneracy pressure and nuclear forces is insufficient to support the neutron star and it continues collapsing to form a black hole. The most massive neutron star detected so far, PSR J0740+6620, is estimated to be 2.14 solar masses. 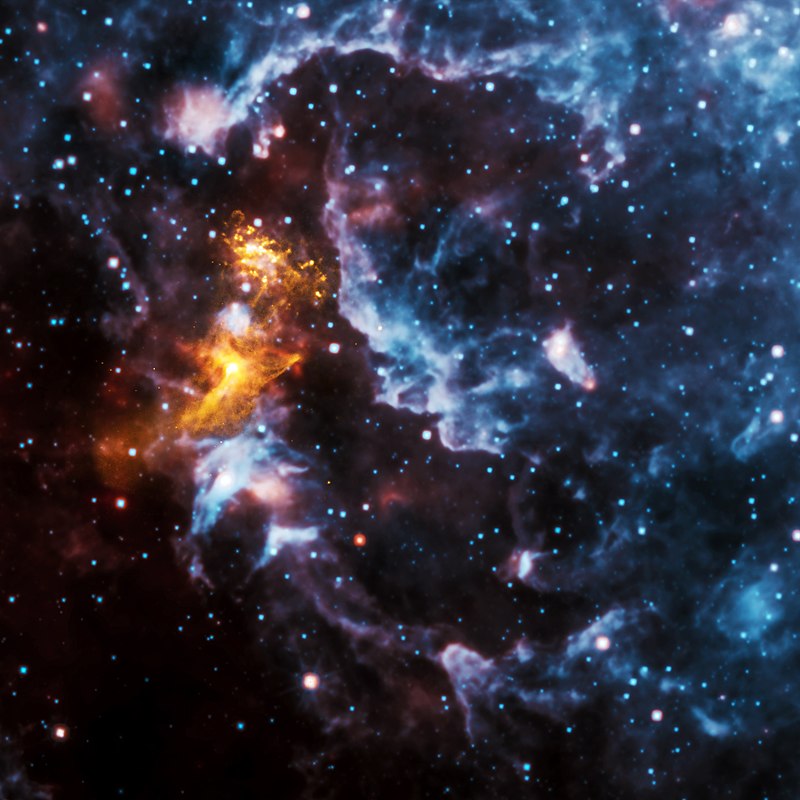 Neutron stars that can be observed are very hot and typically have a surface temperature of around 600000 K. They are so dense that a normal-sized matchbox containing neutron-star material would have a weight of approximately 3 billion tonnes, the same weight as a 0.5 cubic kilometre chunk of the Earth (a cube with edges of about 800 metres) from Earth’s surface. Their magnetic fields are between 108 and 1015 (100 million to 1 quadrillion) times stronger than Earth’s magnetic field. The gravitational field at the neutron star’s surface is about 2×1011 (200 billion) times that of Earth’s gravitational field.

As the star’s core collapses, its rotation rate increases as a result of conservation of angular momentum, and newly formed neutron stars hence rotate at up to several hundred times per second. Some neutron stars emit beams of electromagnetic radiation that make them detectable as pulsars. Indeed, the discovery of pulsars by Jocelyn Bell Burnell and Antony Hewish in 1967 was the first observational suggestion that neutron stars exist. The radiation from pulsars is thought to be primarily emitted from regions near their magnetic poles. If the magnetic poles do not coincide with the rotational axis of the neutron star, the emission beam will sweep the sky, and when seen from a distance, if the observer is somewhere in the path of the beam, it will appear as pulses of radiation coming from a fixed point in space (the so-called “lighthouse effect”). The fastest-spinning neutron star known is PSR J1748-2446ad, rotating at a rate of 716 times a second or 43,000 revolutions per minute, giving a linear speed at the surface on the order of 0.24 c (i.e., nearly a quarter the speed of light).

There are thought to be around one billion neutron stars in the Milky Way, and at a minimum several hundred million, a figure obtained by estimating the number of stars that have undergone supernova explosions. However, most are old and cold and radiate very little; most neutron stars that have been detected occur only in certain situations in which they do radiate, such as if they are a pulsar or part of a binary system. Slow-rotating and non-accreting neutron stars are almost undetectable; however, since the Hubble Space Telescope detection of RX J185635−3754 in the 1990s, a few nearby neutron stars that appear to emit only thermal radiation have been detected. Soft gamma repeaters are conjectured to be a type of neutron star with very strong magnetic fields, known as magnetars, or alternatively, neutron stars with fossil disks around them. 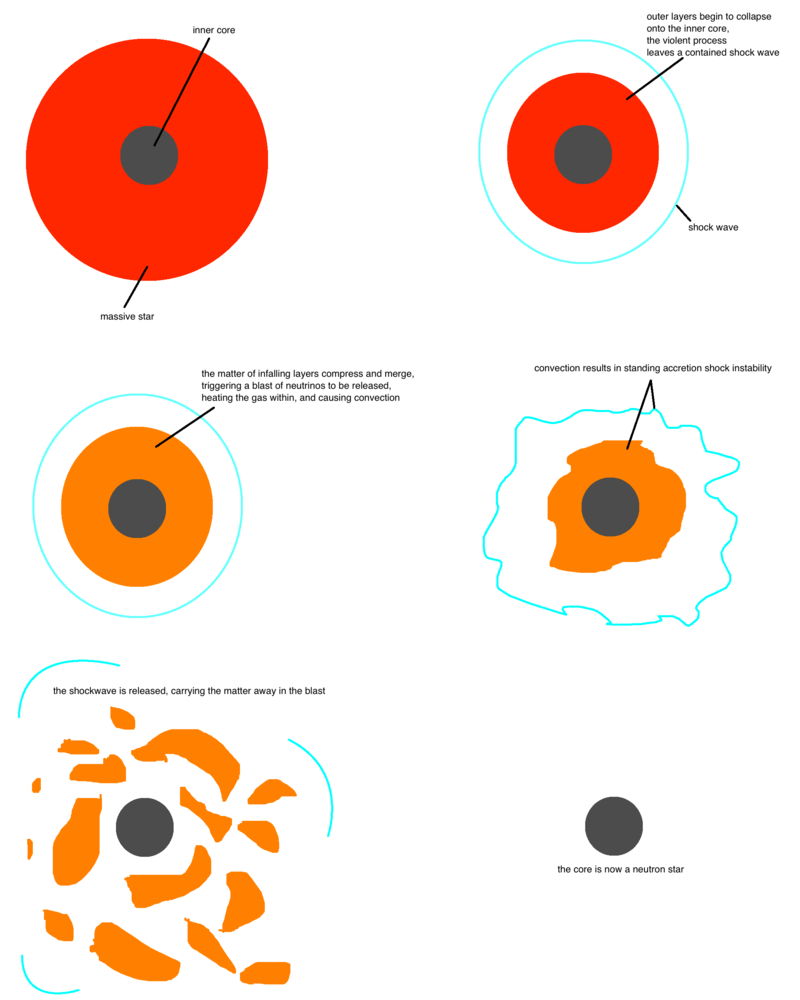 Neutron stars in binary systems can undergo accretion which typically makes the system bright in X-rays while the material falling onto the neutron star can form hotspots that rotate in and out of view in identified X-ray pulsar systems. Additionally, such accretion can “recycle” old pulsars and potentially cause them to gain mass and spin-up to very fast rotation rates, forming the so-called millisecond pulsars. These binary systems will continue to evolve, and eventually the companions can become compact objects such as white dwarfs or neutron stars themselves, though other possibilities include a complete destruction of the companion through ablation or merger. The merger of binary neutron stars may be the source of short-duration gamma-ray bursts and are likely strong sources of gravitational waves. In 2017, a direct detection (GW170817) of the gravitational waves from such an event was observed, and gravitational waves have also been indirectly observed in a system where two neutron stars orbit each other.

We’ve traveled to lots of weird places on this show – from the interiors of black holes to the time before the big bang. But today I want to take you on a journey to what has got to be the weirdest place in the modern universe – a place where matter exists in states I bet you’ve never heard of. Today we take a journey to the center of the neutron star.