How to Build a Dyson Sphere – The Ultimate Megastructure

How to Build a Dyson Sphere – The Ultimate Megastructure

What is the Dyson Sphere ?

A Dyson sphere is a hypothetical megastructure that completely encompasses a star and captures a large percentage of its power output. The concept is a thought experiment that attempts to explain how a spacefaring civilization would meet its energy requirements once those requirements exceed what can be generated from the home planet’s resources alone. Because only a tiny fraction of a star’s energy emissions reaches the surface of any orbiting planet, building structures encircling a star would enable a civilization to harvest far more energy. 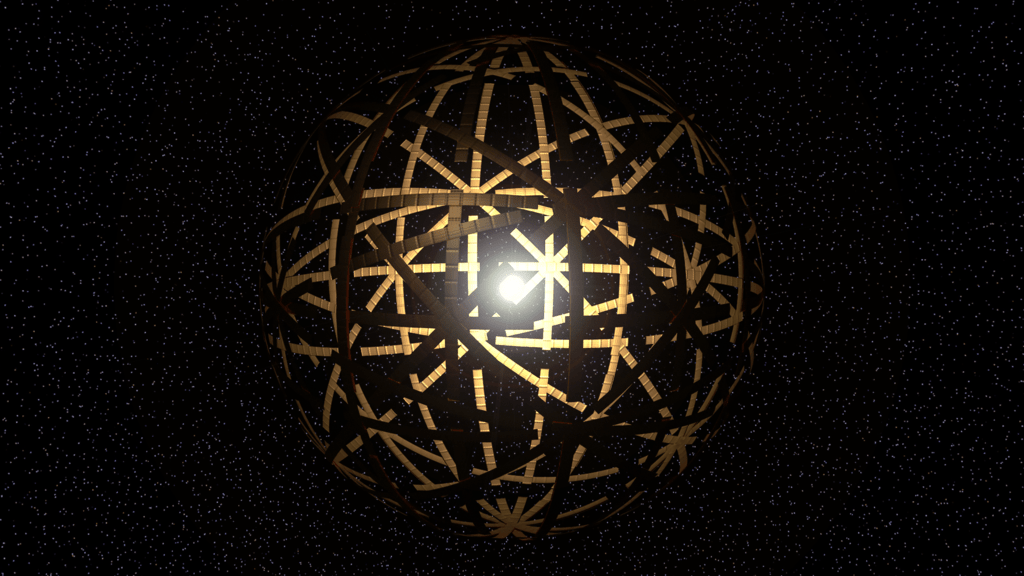 The first contemporary description of the structure was by Olaf Stapledon in his science fiction novel Star Maker (1937), in which he described “every solar system… surrounded by a gauze of light-traps, which focused the escaping solar energy for intelligent use” The concept was later popularized by Freeman Dyson in his 1960 paper “Search for Artificial Stellar Sources of Infrared Radiation”.Dyson speculated that such structures would be the logical consequence of the escalating energy needs of a technological civilization and would be a necessity for its long-term survival. He proposed that searching for such structures could lead to the detection of advanced, intelligent extraterrestrial life. Different types of Dyson spheres and their energy-harvesting ability would correspond to levels of technological advancement on the Kardashev scale.

Since then, other variant designs involving building an artificial structure or series of structures to encompass a star have been proposed in exploratory engineering or described in science fiction under the name “Dyson sphere”. These later proposals have not been limited to solar-power stations, with many involving habitation or industrial elements. Most fictional depictions describe a solid shell of matter enclosing a star, which was considered by Dyson himself the least plausible variant of the idea. In May 2013, at the Starship Century Symposium in San Diego, Dyson repeated his comments that he wished the concept had not been named after him.

If humans want to expand into space, it will take us incredible amounts of energy. How do we do that? Easy: we will just use the sun’s energy by realizing the most ambitious construction project in history. This is how it works.