How does the Soyuz Spacecraft work?

How does the Soyuz Spacecraft work?

What is the Soyuz Spacecraft ?

Soyuz (Russian: Союз, IPA: [sɐˈjus], lit. ‘Union’) is a series of spacecraft designed for the Soviet space program by the Korolev Design Bureau (now Energia) in the 1960s that remains in service today, having made more than 140 flights. The Soyuz succeeded the Voskhod spacecraft and was originally built as part of the Soviet crewed lunar programs. The Soyuz spacecraft is launched on a Soyuz rocket from the Baikonur Cosmodrome in Kazakhstan. After the retirement of the Space Shuttle in STS-135 (2011), the Soyuz served as the only means to make crewed space flights and the only means to reach the International Space Station until the first flight of SpaceX Crew Dragon Demo 2 on 30 May 2020. The Soyuz is heavily used in the ISS programme. 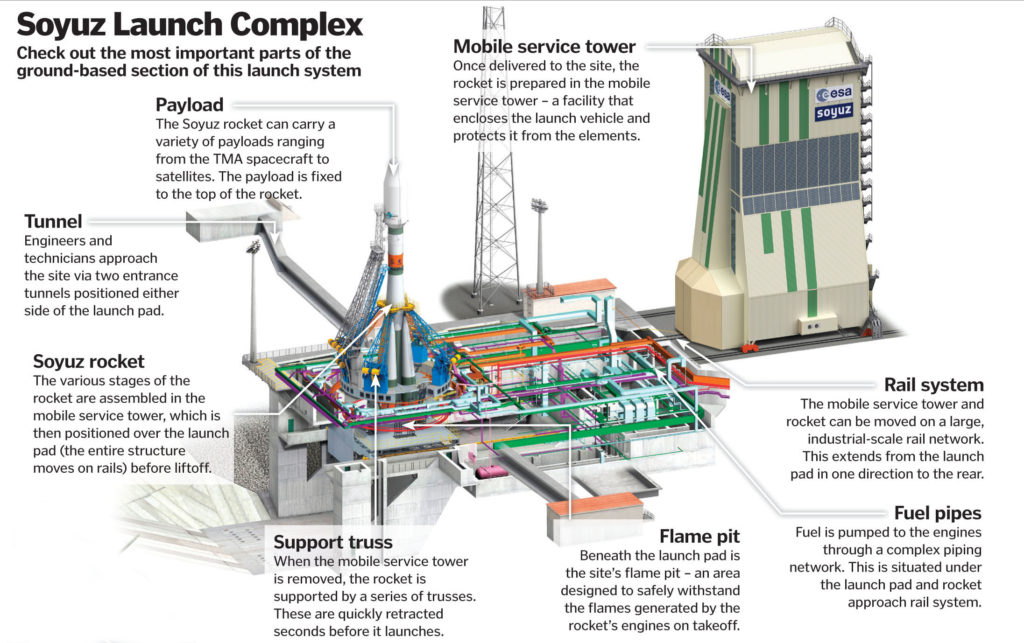 Bolted on to the side of the service module are an array of orientation sensors and a pair of extendable solar panels. The panels are faced towards the Sun by rotating the spacecraft, with the cells supplying energy to the service module’s internal battery stack.

The orbital module is a habitable section of the spacecraft and carries any equipment that will not be needed for re-entry. This includes experiments, cargo and cameras. A door between the orbital and re-entry module means it can function as an airlock too. Dining and toilet facilities are also located here.

A second habitable section, the re-entry module – unlike the orbital module – is used for the spacecraft’s return descent. As such, it is covered with a heat-resistant composite material. Additional equipment can be stored in this section, as well as seats for three astronauts.

A range of sensors are packed into the Soyuz TMA, including Earth, Sun and thermal sensors, plus an assortment of antennas for communication (both audio and visual varieties). The bulk of these are located on or in the service module.

Soyuz can provide life support for three crew members for up to 30 days. The life support system creates a nitrogen/oxygen atmosphere at sea level partial pressures and is capable of recycling carbon dioxide and water

At the back is the service module. This contains the systems for temperature control, electric power generation, long-range radio communications, radio telemetry and orientation control. A non-pressurised compartment in the module holds the main engine and liquid-fuel propulsion systems.